According to the 2006 Canada census, unmarried people over the age of 15 outnumbered married couples for the first time in Canadian history.  While the 2006 census is itself history, the demographic shift is remarkable: we are no longer marrying or pairing ourselves in the same urgency as our parents and grandparents.  The cause could be multiple: people are no longer confining themselves to their biological clock or maybe the definition of the romantic relationship is changing.  Whatever the case, the family dynamic is no longer confined to the Leave It to Beaver fantasy.

If so many more adults are living in on their own–no spouse/partner or children in sight–what do they do to keep busy?  The internet, in some camps held up as the main culprit for social isolation, can actually bring people together.  Online dating is far more common and widely accepted than a decade earlier (and I’m not even touching internet hookups).  And the internet makes it easier to do so many  social things–from planning your next vacation to inviting people to your BBQ.

But if you live on your own (and even if you’re not), what are the best websites to help your inner social butterfly?  Why not turn to Meetup, an internet site where you can arrange to meet other like-minded people for fun social events.

I first heard of Meetup ten years ago, and it seemed strange and odd.  The first group I  joined was a photography Meetup group for amateur photo takers.  They had meetups with specific themes, such as taking nature photos in High Park or the countless number of street festivals in summertime Toronto.  For countless reasons, it took me a couple of years before I attended a meetup, but once I did, I was hooked.  When you go to a meetup event, you’re with a number of people with similar interests, all of whom are looking to either share their passion or just hang out for a few hours.  Most people you’ll likely not meet outside the Meetup group, but some people you may actually form a deeper connection.  So if you’re in the Toronto area and you’re looking to get out and do things with other people, here is the list of my favourite Meetup groups.

I’ve been a member of this group for about three years, and at the time of writing this, it had a membership of 4995, making it perhaps the largest bike meetup group in Toronto.  But don’t let that number daunt you, as most of the events attract a small number of riders, anywhere from half a dozen to a couple of dozen, and many repeat faces keep appearing at events.  There are rides that will appeal to bike riders of all skill levels–speed demons will enjoy the Thursday High Park to Port Credit rides and the weekly Wednesday rides along the Don River–and more casual bike riders will probably enjoy the more leisurely two- or three-hour bike rides around the city.  But if you’re looking to stay active biking while meeting people, I recommend do the more slowly paced all-day events, including bike rides along the lake to either Oakville or Oshawa and back. 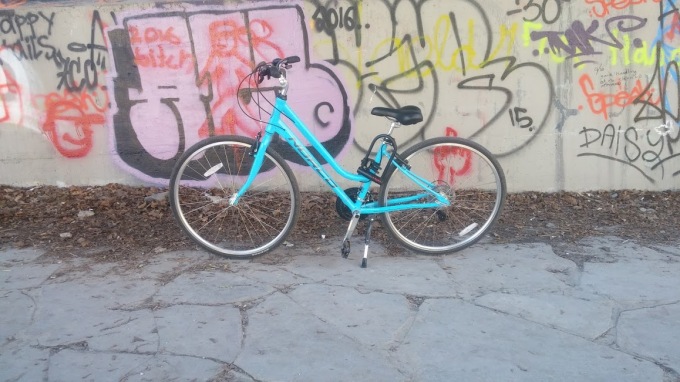 One event I did involved taking the GO Train to Niagara Falls for an all-day round trip from the falls to Fort Erie and back.  Every summer, somebody arranges a wine bike trip to the Niagara area to visit wineries for some wine tastings.  I haven’t done that one yet, but I’d love to.

In the colder months, I tend to go the gym, but once the weather is nice out, I prefer doing outdoor activities like running, but I find it hard to motivate myself unless I’m running with other people.  And it is motivating running with others, as I never want to be the last person.  Nor do I want to bail out in front of other people, so this is a group that’s perfect for me. Almost every Saturday they have a run along Lake Shore Road West (I don’t do that one, because it’s out of the way for me), and they seem to have another regular weekend run in the Beaches for people in the east end.  I’ve done some really good meetups with these folks, including a round-trip run along the Belt Line (a really easy run, since the land is really flat, apart from a short jog through Mount Pleasant Cemetery); and a great 15km run along the Humber River.  If you’re not up to running longer lengths, the organizers seem good at stagnating their routes, letting you know where to turn back for shorter distances. But best of all, most of their runs start and end at a coffee shop, so there is plenty of opportunity to rest up and talk and get to know your fellow runners.

Books and Beer in the Annex

Not everybody is looking to activities like biking and running.  I get that.  If you’re looking for a more relaxing event, how about this event, which happens Thursday nights at the Paupers Pub on Bloor Street West near Bathurst Street.  The premise is simple: take an old book you’ve already read, go to the pub, buy a beer or two, and trade books with your fellow beer drinkers.  I’ve been going irregularly for almost two years, although I tend to gravitate to the winter months, when hanging out in a pub seems more…comforting.  The group has settled on its regulars, who aren’t as focused on bringing books as they once were, but don’t let that stop you.  Bring your books, have a drink with some new faces, and maybe find a new book or two.

Here’s a movie meetup for movie nerds and cinephiles everywhere.  I first went to this meetup group on an unusually cold May day last year, and we went to a theatre to see Double Indemnity, the classic Billy Wilder film noir with Fred McMurray and Barbara Stanwyck.  I’ve only been to a few of their events, but it’s always a small group of hard-core regulars. And they usually go out for drinks or food afterwards, so if you’re looking to meet some other off-beat film buffs, check out this group.

I have to be honest: I haven’t been to this meetup yet, mainly because I don’t actually have a dog, so I may need to borrow yours.  Or should I just go on my own?  Check this meetup group out, because although your dog is super cool, you can have only a limited connection with Rover.  Use your dog to meet other people.  I guarantee it works!