The rock anthem: a three-minute catchy hook that gets you grooving and makes you feel good.  And maybe you’ll want to dance or play some air guitar.

Rock ‘n’ roll was born in the 1950s, when the first wave of baby boomers hit their teens, complete with a disposable income their Depression-era parents never had.  And these kids didn’t swallow up the new music genre just because it was radically different from the Glenn Miller and Frank Sinatra that their parents were listening to.  No, rock focused on fun things: Elvis Presley sang about hound dogs and blue suede shoes; Buddy Holly sang about his drummer’s girlfriend, Peggy Sue; and the overly flamboyant Little Richard sang about Lucille and Miss Molly.  But although rock ‘n’ roll began fun and unassuming, in the tumultuous 1960s, when Bob Dylan sang protest songs and the Beatles experimented in psychedelia, it matured into rock.  Yet rock and its sister musical genre, pop, never lost their playfulness.  Rock and pop music are still predominately created by young people for other young people.  But don’t get fooled by the upbeat grooves, cool hooks, and fast tempos.  If you listen carefully, rock/pop songs quite often have dark, sinister lyrics.  Here is a list of four songs that you probably didn’t realize have very bleak lyrics.

When Pearl Jam’s debut album, Ten, was released to commercial and critical acclaim in 1991, it helped to bring grunge music to the forefront.  Pearl Jam guitarist Stone Gossard actually wrote the melody to their first single, Alive, in early 1990, when Pearl Jam didn’t have a singer.  Eddie Vedder, who at the time was working as a security guard in San Diego, heard a recording of the song, came up with some lyrics and sent an tape to Gossard, who immediately invited Vedder for an audition. 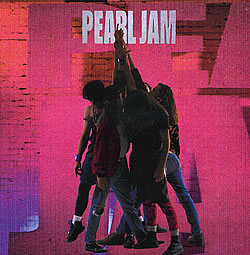 Who can deny that “Alive” is a great song?  With its fast pace, happy-sounding melody, and chorus repeating “Alive, I’m still alive,” many people mistake the song as a celebration of life.  But have you really carefully listened to the lyrics? They’re actually eerily shocking.  Vedder’s lyrics partially fictionalize his own teenage experiences.  When Vedder was around 13, he learned that the man he believed to be his real father really wasn’t. Alive, however, takes Vedder’s experience further.  In the song, a mother tells her 13-year-old son, “You’re real father was dying, sorry you didn’t see him…” The boy then informs us that his mother “…walks slowly across a young man’s room /She said ‘I’m ready for you’/I can’t remember anything to this very day.”

Yep, that’s right.  The mother rapes her son.  Uncaring to the harm she’s caused, she goes on. “‘Is something wrong?’ she said/’Of course there is/You’re still alive.'”

So much for being an anthem.  Sorry to ruin it for you.

“Every Breath You Take” by The Police

The Police were huge.  The post-punk band formed in 1977, and found huge success within the year with their debut album, Outlandos d’Amour, which featured their biggest single, “Roxanne,” along with “Can’t Stand Losing You” and “So Lonely.” The band’s brief life was like a hurricane–powerful and loud–witnessing five chart-topping albums in a five-year period and multiple stadium-packed tours.  It’s no wonder with that with their huge success, the band would ultimately implode with infighting.  Although singer-bassist-chief songwriter Sting would go on to have a successful solo career, perhaps the most famous song he wrote was on The Police’s last album, 1983’s Synchronicity.  “Every Breath You Take” topped the US Billboard for nine weeks, and twenty years after the song was released, Sting was reportedly still earning royalties of $2000 per day.

With its gentle melody and medium-pacing, many people failed to carefully listen to or comprehend the lyrics.  Sting once said, “One couple told me ‘Oh, we love that song; it was the song we played at our wedding.’  I thought, ‘Well, good luck.'”  And when he was asked by BBC2 why he looked so angry in the song’s video, Sting explained that “Every Little Breath You Take” is “…very, very sinister and ugly, and people have actually misinterpreted it as being a gentle little love song, when it’s actually quite the opposite.”

Sting wrote the song as his marriage was falling apart: he had left his wife for his wife’s best friend.  With all the complex emotions he was experiencing, Sting created lyrics written from a stalker’s point of view.  “Every move you make/Every vow you break/Every smile you fake/Every claim you stake/I’ll be watching you.”  Love does evoke strong emotions, and emotionally wise people know that love and hate are actually two closely related emotions.  Still, Sting knew how to write from a stalker’s perspective.  Hmm…what does this say about Sting?

“Pumped Up Kicks” by Foster the People

Foster the People exploded onto the scene in 2010 with their debut album, Torches.  The album’s strength, however, rested on its first single, “Pumped Up Kicks.”  A fast-tempo song with an anthem-inducing chorus and melodic melody that invites you to sing along, there’s little to betray the song’s sinister themes to a casual listener.  And the video doesn’t help either, as it features the band cheerfully performing the song to a dancing audience; the concert sequence is edited with scenes of the band surfing and playing pool.  But take a deeper listen.  It’s a dark, disturbing song.

Singer-writer Mark Foster commented that the song was his attempt to understand “gun violence among youth” perpetrated by a “…lack of family, lack of love, and isolation.” Additionally, Foster was bullied in school and bassist Cubie Fink’s cousin survived the Columbine High School shooting.  The song’s title refers to a brand of kids’ shoes that serve as a status symbol. 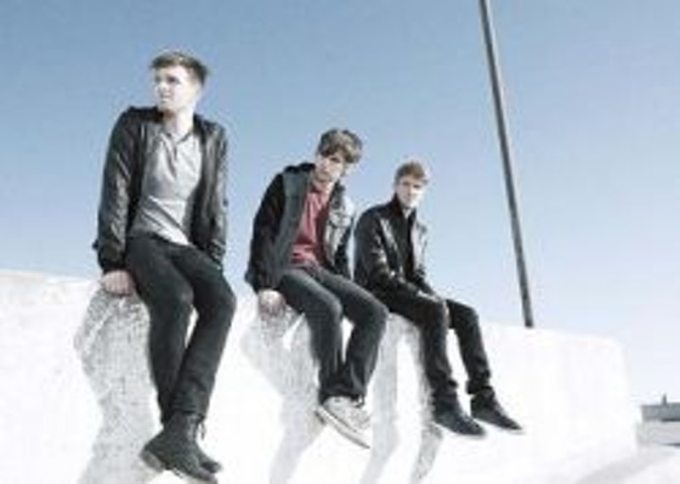 “Sex on Fire” by Kings of Leon